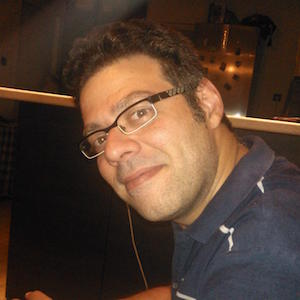 with a few extra details…

I graduated in 2001 from the American College of Greece (Deree)  with a Bachelor of Science in Business Administration and Computer Information Systems and then I received my Master of Science in Informatics (Computer Science and Software Engineering) degree from the University of Edinburgh in 2003.

Started in 1999 and for the next 10 years I worked as a systems administrator, a services engineer and a technology consultant for companies in the manufacturing and educational sectors, the Greek Government and the European Union.

Since 2010, I am developing on Apple technologies for the iOS and macOS platforms having released a number of independent applications. During that period, a project was born for radio stations mobile, named Radiofonic and turned to service in which I am now owner and architect.

Between 2012-2017, I participated as a mobile architect and iOS engineer in a small development team, effectively creating the LazyPub Publishing platform, worked for Peoplecert in developing and maintaining the company’s applications on the Mac and iOS devices and outsourced through Accenture Greece in Piraeus Bank for the development of Winbank Mobile app

Currently working as both a freelance iOS Engineer and Consultant and Yo Radio Mobile and Backend Senior Engineer and Architect.